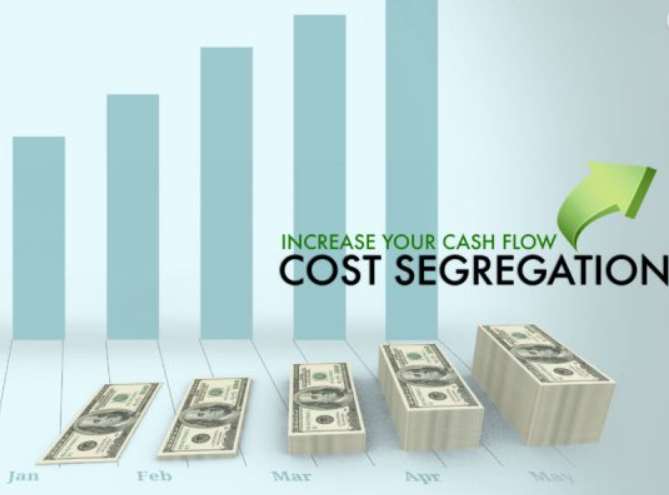 One of the key benefits of real estate investing is the ability to depreciate the building over time and get a tax deduction. This is typical with other types of equipment. Let’s say we need a truck for our business, and of course, a truck loses value over time, so the IRS allows the business to deduct the cost of the truck as an expense over the useful lifespan of the truck.
The same thing applies to buildings. They are depreciated over 27.5 years, so every year we can take a 3.6% deduction on the price of the building against our rental income.

Of course, a 3.6% deduction is not very much, so there are ways to accelerate this deduction through a cost segregation study.

What is Cost Segregation

As mentioned above, a 3.6% annual deduction is pretty low, so to accelerate the tax deductions in the early years of ownership of an apartment building we can perform a tax segregation study. This means separating all the components of a building into its constituent parts. In other words, we take a look at the property and break it down into components and depreciate them on a quicker schedule based on their lifespan. For example, carpets and other types of flooring have shorter lifespans than the roof and major mechanical systems, all of which have shorter lifespans than the building itself.
By separating these individual components into individual depreciative line items, we can take a much larger depreciation early in our ownership.

How the study is performed

For the cost segregation to be accepted by the IRS, some key guidelines need to be followed. An engineering company is hired to perform the study. They will break down the major components of the property and produce a depreciation schedule for each component. This segregation of components is then used by the accountant when they create the tax return for the property. The tax return will categorize the various depreciation schedules which results in a larger depreciation deduction than the usual straight-line model.
This in turn allows the owner or investor of the property to deduct a larger amount of the income in the earlier years of ownership.

With the passing of the Tax Cuts and Jobs Act’s law in 2018, bonus depreciation became more attractive. Instead of depreciating appliances over 5 years, it is now possible to deduct the entire amount in year 1, leading to an even quicker depreciation of improvements to the property, and larger tax deductions. In other words, a large purchase can be depreciated (or written off) in the year it was put into service.

When it comes to taxes, the $54K attributed to depreciation is taxed up to 25% while the rest of the gains are taxed at long-term capital gain rates.

So why depreciate if you are taxed anyway

A common question is why should we depreciate our property if we’re taxed anyway when we sell? One option is to do a 1031 exchange into a new property and defer the capital gain taxes.

Another reason is that given the time value of money, it’s better to have money in hand now for investing and growth over time than to pay it in taxes and reduce the potential growth of wealth.

In addition, the year the property is sold would be a good year to purchase a new property and perform a cost segregation study on the new property to offset the taxes from the sale.