How to Evaluate a Sponsor of a Syndication 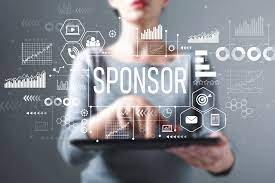 What is a Sponsor?

The sponsor of a syndication is the person or team who puts the deal together. Those individuals source the deal, underwrite it, get the deal under contract, and secure the financing. The sponsor’s job is also to manage the deal after it closes. In other words, the team is responsible for implementing the business plan and ensuring that the property performs as planned.

The sponsor also reaches out to investors to raise the equity needed to close the deal. When an investor is approached by the sponsor, how should the sponsor and the deal be evaluated?

The most important predictor of success is a track record. What prior deals has the sponsor been involved in and how have those deals performed?

The potential investor should definitely inquire about and request information about past deals. Deals that have gone full circle are the best indicator of the sponsor’s ability to perform. Therefore, as a part of the investor’s due diligence process, request information about all prior deals. What were the initial projections and how did the deals actually perform?
Seeing the monthly/quarterly reports distributed to the investors is also a great way to understand how the sponsor communicates. Ask what challenges they have encountered and how they dealt with them?

Of course, some sponsors are just getting started and don’t have much of a track record. In that case, it’s all about the team.

Sponsorship Team
Most larger deals have more than one sponsor or general partner. If the sponsor you are working with doesn’t have a lot of experience, dig deeper and understand who else is on the team. For a deal to qualify for financing and to close successfully, the sponsors need to have significant net worth, liquidity, and experience. If those requirements are not met, the deal will not even be approved by the lenders. Therefore, inquire about the other partners on the deal and understand their experience and track record. It’s fine to call or email everyone involved. They should be open to answering any questions that you have so that you can be comfortable before investing your hard-earned money in the deal.

Another key aspect of evaluating a deal is to review the underwriting. Underwriting is the process of reviewing the financials, making projections, and estimating the returns of the investment. This can be a complicated process and I have written about this in other posts. A passive investor doesn’t need to be an expert in underwriting, but should at least understand what the projections are and ask questions about the assumptions.

If you are considering investing in an apartment syndication, it is critical to spend some time researching all aspects of the sponsorship team and deal. A little time spent up front can prevent you from making mistakes that you will regret later.