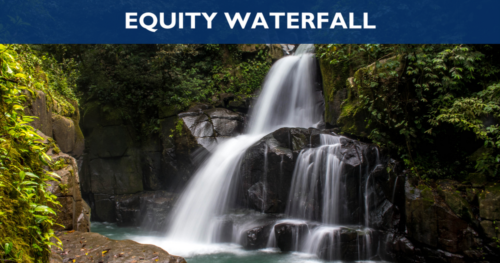 In most real estate syndications, there is a waterfall or promote structure built into the profit-sharing of the deal. It may also be referred to as a split. Typically, the General Partner invests alongside the Limited Partners. This GP co-investment is typically on equal footing with the LP investors and will earn the same rate of return up to a certain hurdle rate. This co-investment aligns the GP’s interest with the LP’s.

There are two common ways to structure a return in a syndication. The first is a straight split, in which all profits are split based on a set ratio between the LPs and GPs, for example; 75/25. In this example, the investor earns 75% of all the profits. This model typically doesn’t use a distribution waterfall, although some deals use a straight split that will change the distribution percentage once a certain return hurdle is met.

Once the annual cash-on-cash reaches 8% of the invested capital, the first promote is triggered. At this point, any returns between e.g., 8% and 15%, are split 75/25. In this case, the General Partner will earn an additional 25% of any profits above 8% annually.

The next hurdle may be 15% CoC, at which the splits change to 50/50. In this case, the General Partner will split the returns with the investor.

The following table summarizes how this may look.

The promote structure provides one way of aligning the interests of the investor and the general partners. There is a lot of work involved in structuring a syndication, including finding the deal, underwriting, financing, raising capital, and asset management. With the promote structure, the investors are getting a fair return on their invested capital while the general partners are rewarded if they exceed certain return thresholds. This creates an incentive for the management team to optimize performance to generate additional profits for the partnership.

It is important to review a syndication offering to determine  whether there is an alignment of interests between the general partners and limited partners. Everyone needs to be compensated fairly in the deal, but the investor’s interests should be considered first.
There are many creative ways to structure a deal, so the prospective investor needs to review the compensation and return projections carefully.